Inspiration behind Basquaise Spicy Seafood Stew: When we were in Zaragoza, capital of Aragon, we were asked by the front desk where we had been. We accounted our visit to Basque Country of Donostia and Bilboa, and he chuckled and said “It will never be the same again.” I truly understand why he said so. Inspired by French nouvelle cuisine, and the lead up with many top chefs that have put Basque cuisine in the spotlight, it is regarded today as Spain’s uncontested gourmet stronghold. It was not the case in the past. There was widespread poverty and most Basques were seamen. But in the 19th century, with shipbuilding and heavy industries, it prospered with Bilbao being the centre of it all. This was where we enjoyed our first Basque style fisherman’s stew. It rivalled the bouillabaisse with the use of tomatoes, peppers and fresh seafood caught in the Bay of Biscay. Inspired particularly by this seafood stew, I have created a spicy version keeping true to the sofrito technique common in Basque cooking. 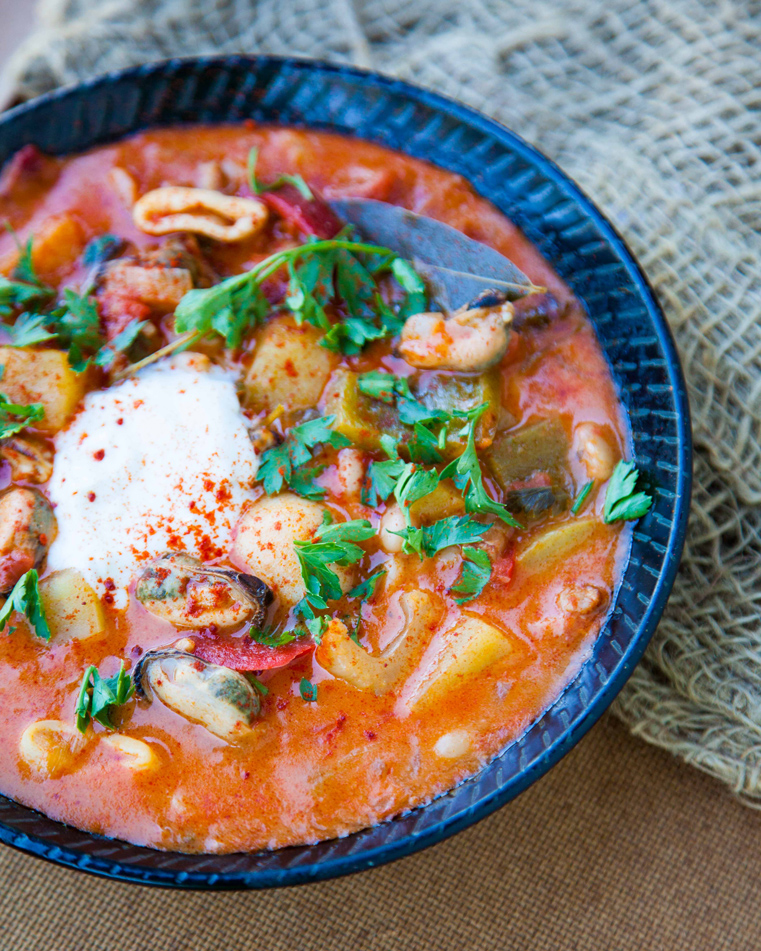