SouperchefannatravelsxSpain foodie inspiration, paella my version! Every country has their nationalistic pride when it comes to food and in Spain’s case there is the paella. The most iconic of all, the Paella Valenciana originating from Valencia. The original Valencian Paella recipe consists of a combination of chicken, rabbit, rice, green vegetables, artichokes, peppers, bomba rice, white runner beans, saffron, fresh rosemary, sweet paprika, garlic and lemon.

I had the opportunity to travel around Spain recently and paella was one of those dishes that is offered in every restaurant as set lunch menu on every Thursday. Throughout Spain, over time, the original recipe has been refined and other variations have been adapted for inland areas creating the infamous Paella Mixta which combines a variety of white meats, seafood, sausage and chorizo. The Valencians are very proud of their dish and they do not recognize this Paella Mixta as Original Paella Valenciana.

In my opinion, this dish can be incredibly flexible and delicious and you can use whatever ingredients you fancy or have available and rice is medium to bring it all together. It is important to note, that paella is a rice dish with seafood, and not seafood dish with rice. The whole essence is to enjoy the flavorful rice paired with some ingredients. Normally, you would use a proper paella pan, but in the service apartment we stayed in Zaragoza, they only had a long shallow baking tray which besides its shape, was actually the right depth . So a rectangular baking dish it shall be! 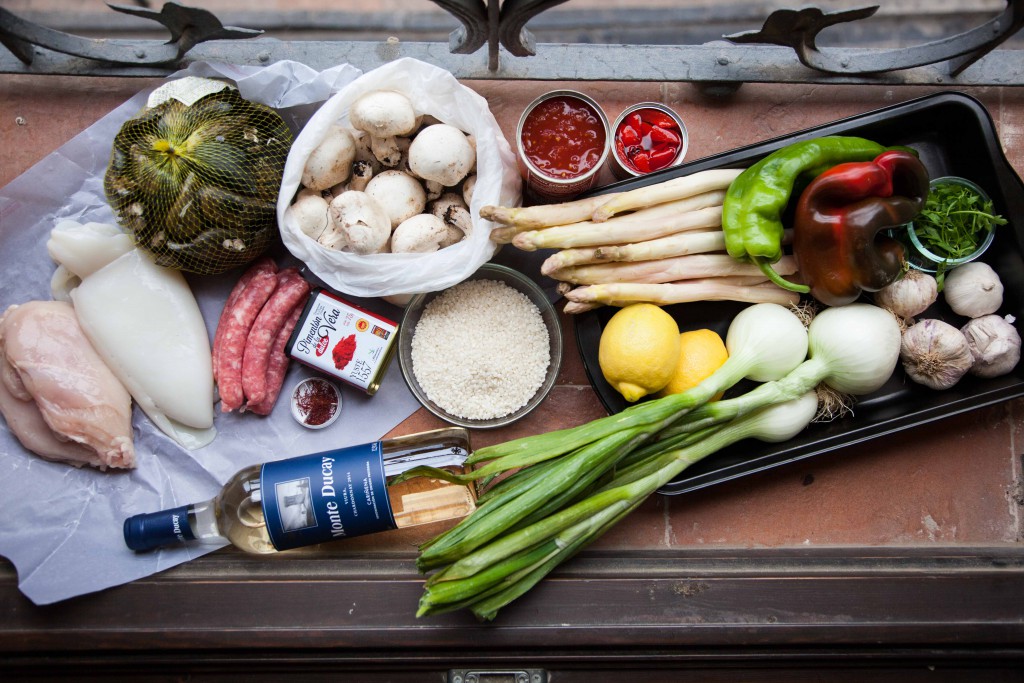 The ingredients for my paella. Yes, I could feed an army!

I could not believe that saffron threads are so affordable. It costed me 2 euros for 1g. I told myself I need to buy more back! Soaking saffron threads in hot water help release its flavours and colour. 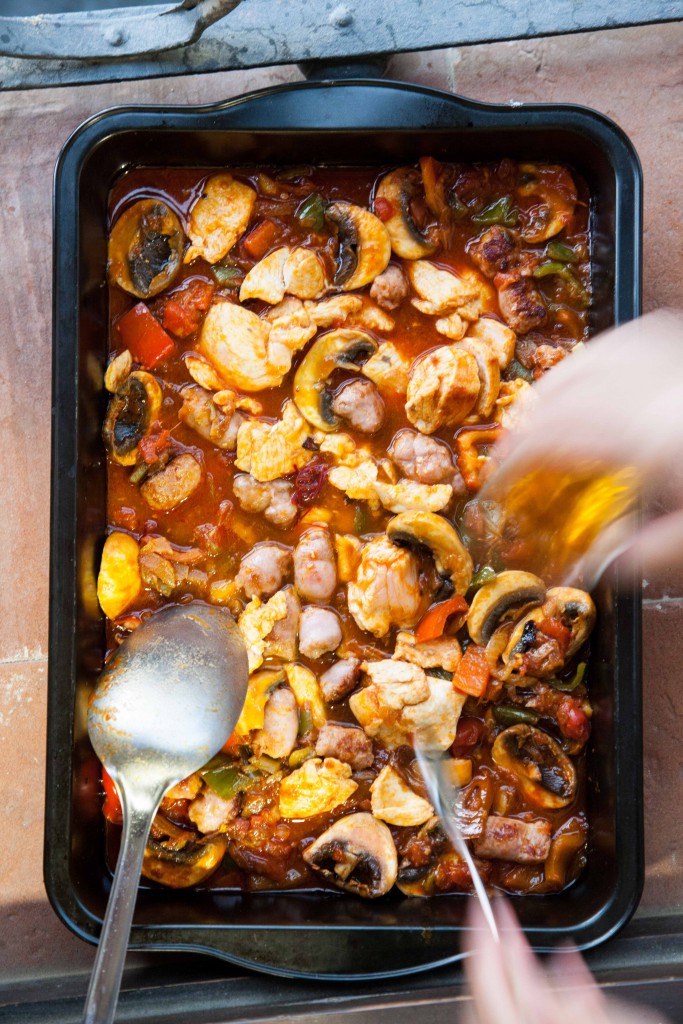 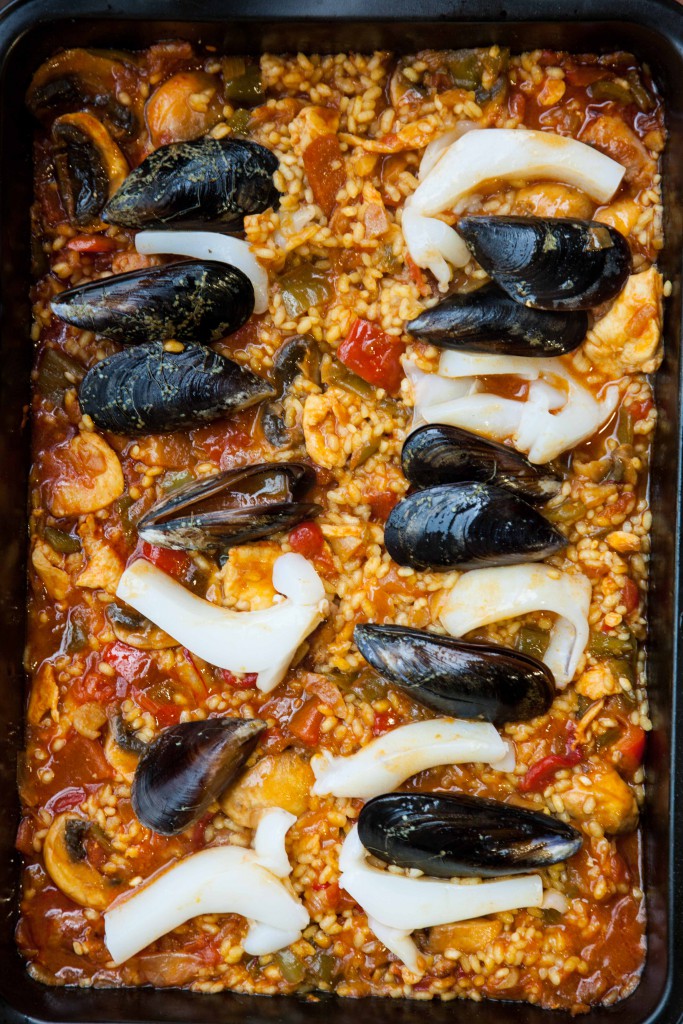 As can be seen here, this is socarrat, what dictates a good paella, a slightly caramelised crust base. 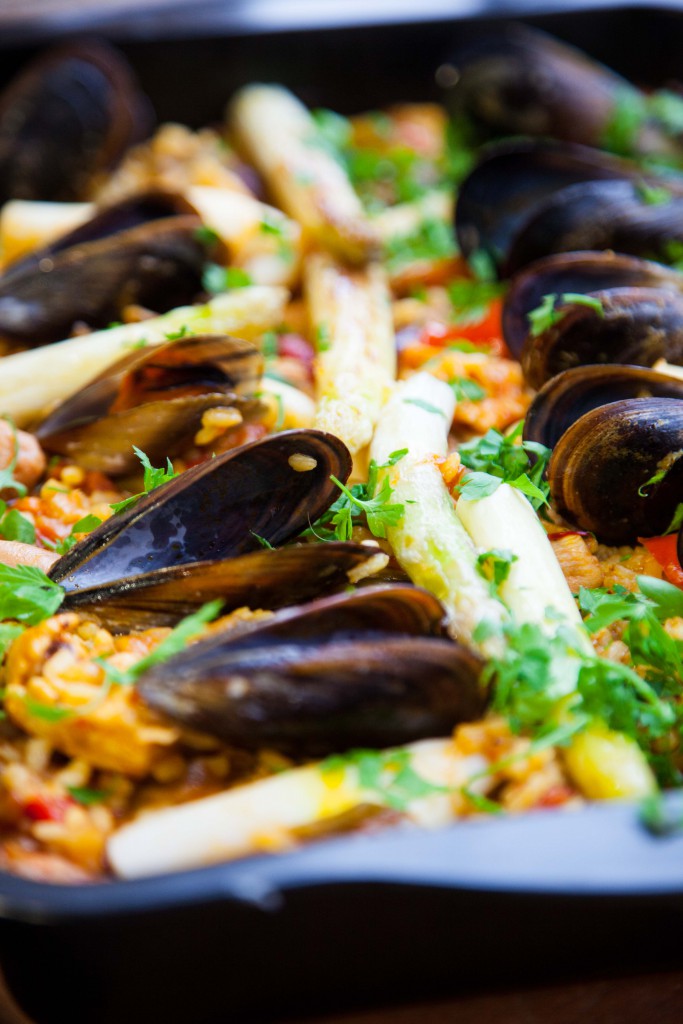 I was hoping that I would be able to get a paella pan from the supermarket but unfortunately they dont sell. Found a huge baking tray which proved to be really useful. Mixed “paella” with chicken, vegetables and seafood.