Our first stop in Catalunya was to Sant Sadurni cava capital of the world. Cava is a sparkling Catalan wine made by adding sugar and yeast to Penedès wine which is then stored in traditional bottles to produce a second fermentation.  It is a municipality in the comarca of the Alt Penedès in Catalonia, Spain at the confluence of the Avernó river and the Anoia river. This region boasts picturesque countryside flanked with acres and acres of land dedicated to wine growing.

From Zaragoza, we travelled for another 3 hours by car to the region of Catalunya. Catalunya or Catalonia is a country within a country, with its own language, complex history and is steeped in traditions probably closer to France than to other regions of Spain such as Aragon and Castile. Although relatively small in size, it has Spain’s business brains and earns one fifth of the national income. Catalonia packs a lot into its four provinces: Barcelona, Girona, Lleida, and Tarragona. The stunning cove beaches of the Costa Brava make it one of Spain’s loveliest coasts, backed by the top foodie scene, the Jewish history of the medieval city of Girona, and Salvador Dalí’s gloriously surreal ‘theatre-museum’ in Figueres. Head north and one can encounter the majestic Pyrenees rising to a mighty 3000m peaks from a series of stunning valleys crisscrossed with numerous hiking trails. Indeed, plenty going on here! 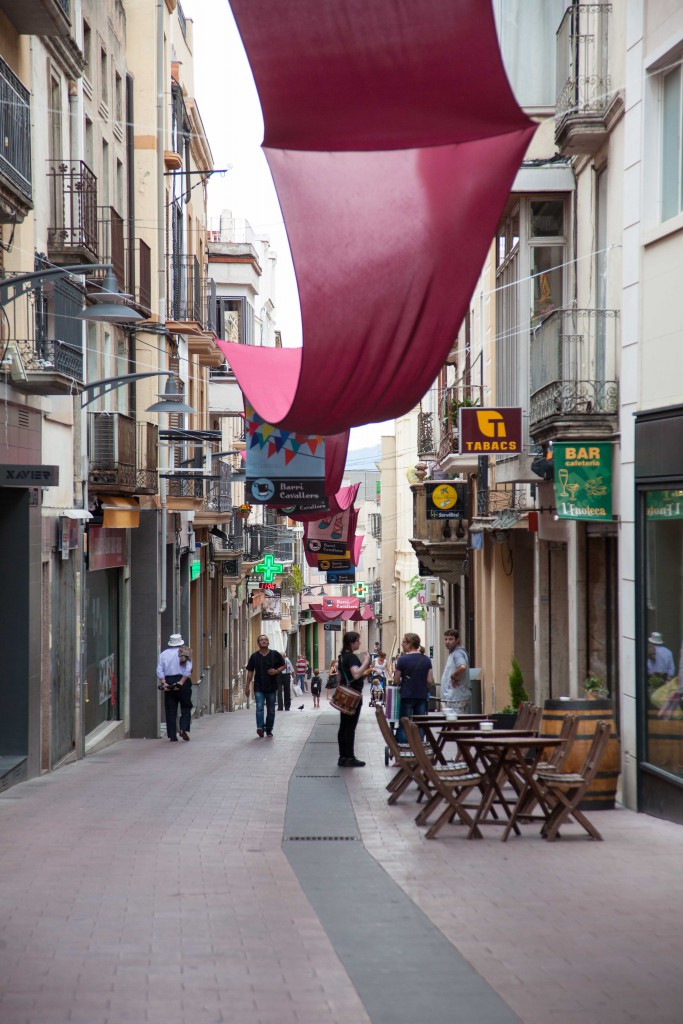 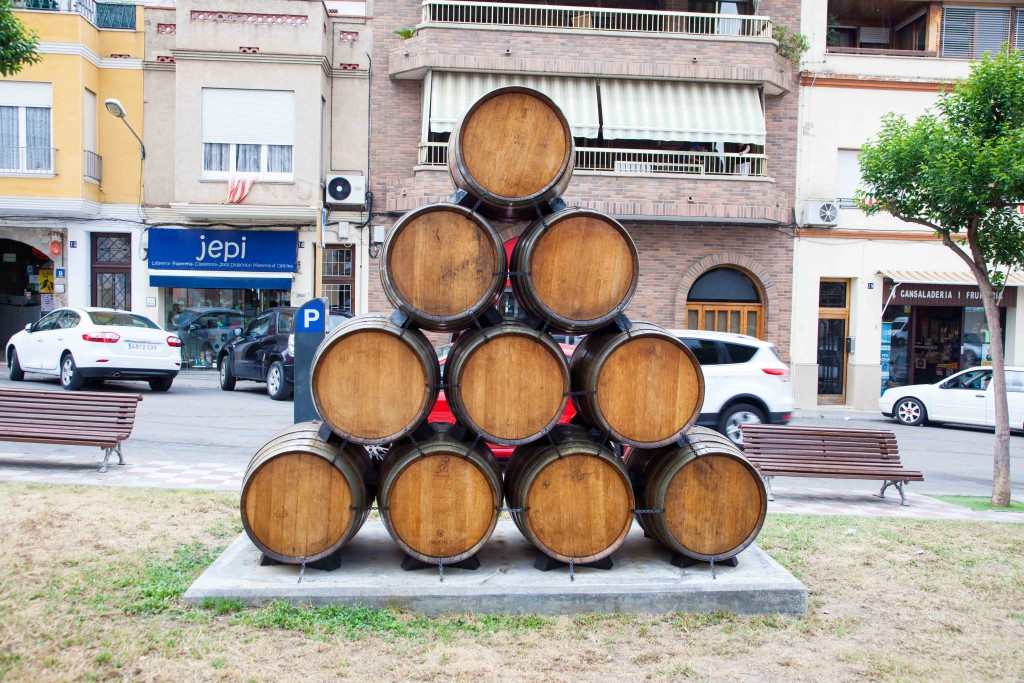 Sant Sadurní d’Anoia is named as the capital of Cava and a walk in town one will see many cava shops offering free wine tasting . These oak barrels sit proudly in town as a testament to its cava producing history. It is a pretty area with lovely architecture surrounded by over 80 wineries!

95% of all Cava is produced in this region due to the unique combination of soil and sun from the Mediterranean weather.

One particularly famous Cava is Codorniu which is internationally renowned and if you would like to take a tour remember to book in advance. 1872 was the year when Josep Raventos Fatjo uncorked his first bottle of wine made by the methode champenoise where the wine is fermented and matured in bottles. This is however not a new method as the French Benedictine monks developed this process in the 17th century. Why was it called cava? Cava means cellar. After the discovery, Josep dug a cool cellar (cava) and had the sparkling wine stored in these cellars. His cava proved popular and soon he was supplying to the royal family in Madrid. As a result, many wineries came into play producing cava using various techniques. To differentiate those made using the traditional method and the better quality sparkling wines, the label Champan de Cava (Cellar Champagne) was introduced. However, the label was dropped when Spain joined the European Union and France requested for the ban of the term for obvious reasons. Today, it is simply known as Cava.

Sala Puig, The Cathedral of Cava. The building housing the winery and cellars for aging are described as modernist and were designed by the modernist architect and artist Josep Puig i Cadafalch and was completed in 1915. The bodega was declared a national monument in 1976. The wine is stored in nearly 30km of galleried cellars beneath the buildings of the winery making Codorniu, the largest bodega in the world. We were there past 5pm, so technically the place would have been closed. However, that evening, they were hosting some corporate guests hence we were allowed in as well to walk around a little and out of good gesture, we were even invited to join the tour. As it was not in English, we declined. So we just hung out a little in the hall and the lawns.

Inside Sala Puig, Codorníu Cava Bar where one can taste wines and cavas .The Cava Bar is located in the Sala Puig, built by the architect Puig i Cadafalch. It is a jewel of Catalan Modernism, and it was declared a Historic and Artistic Heritage in 1976. 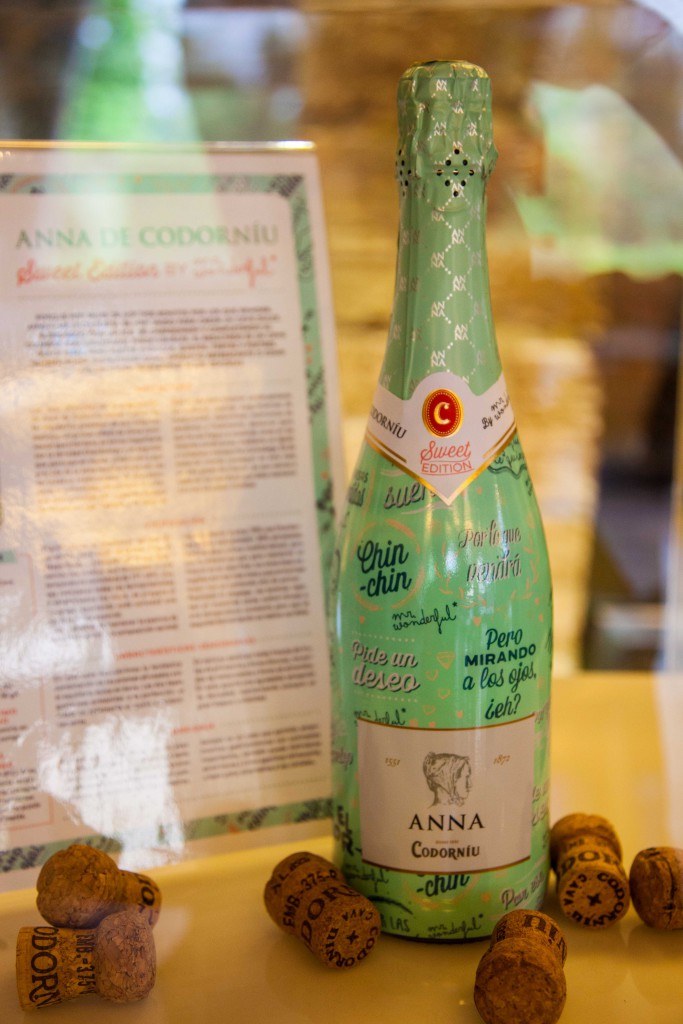 My name is Anna! There is a series of cava with my name on it. Anna de Codorníu’s origins date back to the 16th century, with the story of a family of winegrowers headed by Jaume Codorníu According to a document from that period we know that the family owned grape presses, barrels and kegs for winemaking as early as 1551. In 1659, Anna, the heiress got married to Miquel Raventos combining two great dynasties of wine makers. In 1983, the first chardonay sparkling wine was born and it was christianed Anna de Cordoniu, a tribute to the heiress of the dynasty and the last person to bear the Codorniu’s surname. Since then, there had been many new introductions into the Anna repertoire with the most recent, customise your own Anna bottle. I truly loved the packaging and all. A bottle costs about 7 euros, affordable by most standards. I bought 2 bottles back.

We headed back to town and had dinner at a restaurant run by chef Marc Subirats Casado. We were truly impressed by the quality of his food and he would come up and explain the menu to us, making sure everything was running well and overall good unpretentious comfort food. Reviews were mixed on TripAdvisor but we certainly enjoyed the food especially the kids. 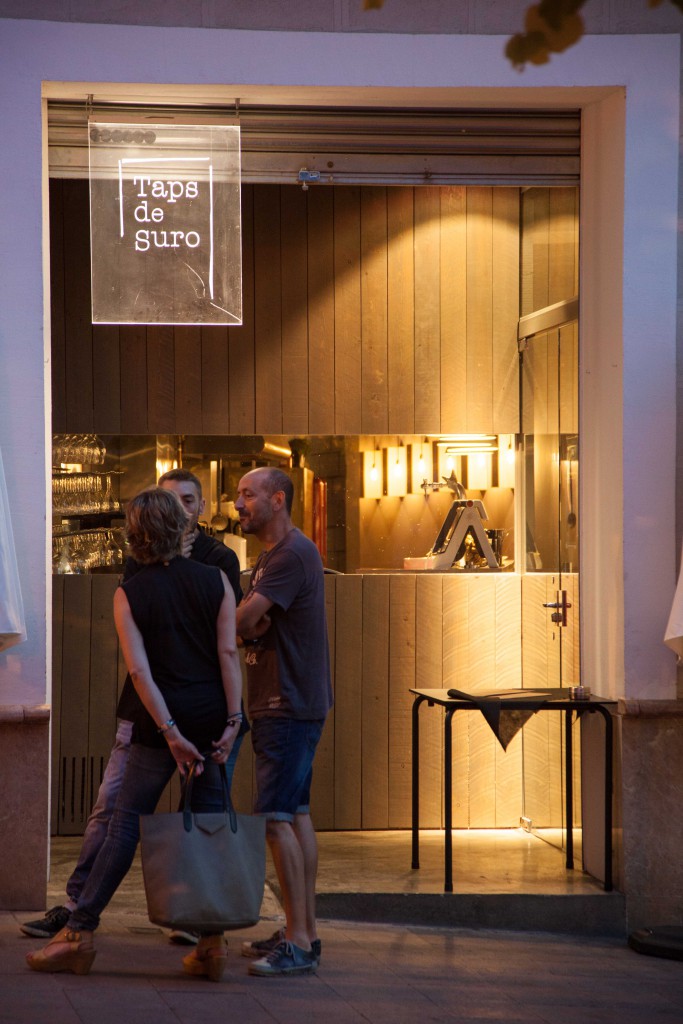 The front of the restaurant, Taps de Suro in Sant Sadurnia d’ Anoia.

Nice, warmly litted restaurant. They had the wine corks stringed together and had used them as a decoration. Pretty smart idea, don’t put the corks to waste, reuse them for another purpose. 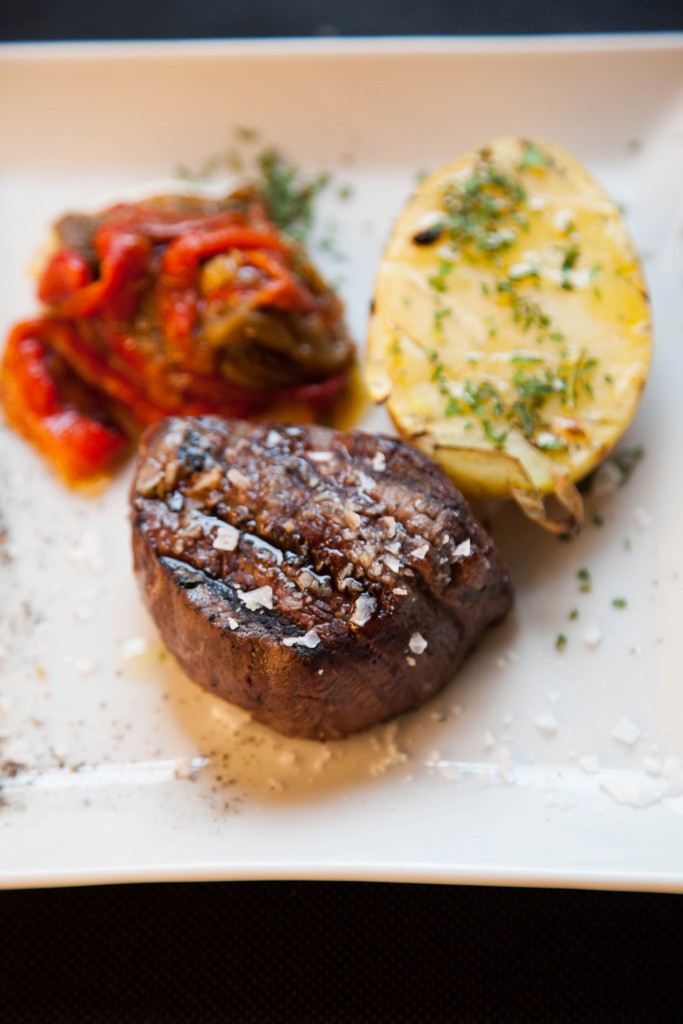 Fillet of beef served with grilled peppers and potato. One of the dishes we had. Others we ordered which were all really good were the chicken wings with lemon, salt and pepper, Pork ribs with soy and honey, which was really really good, falling off meats from bone is always a sign that the meat has been well cooked. 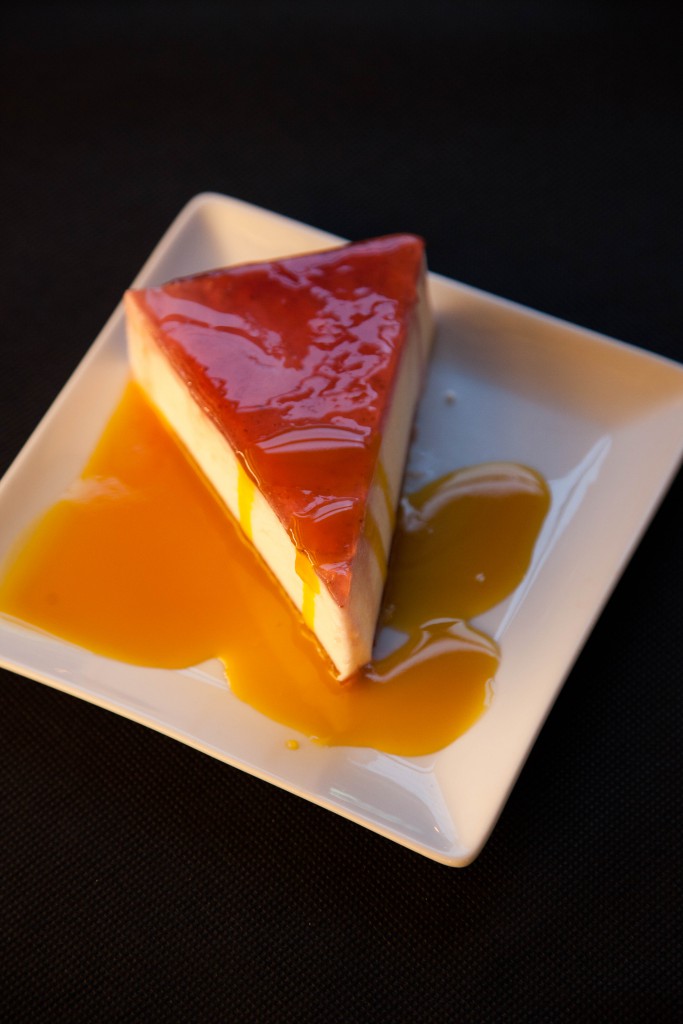 This was really enjoyable, light cheesecake and not too rich.

Next stop: Barcelona,  the land of modernist architecture, home of Gaudi and gastronomy.