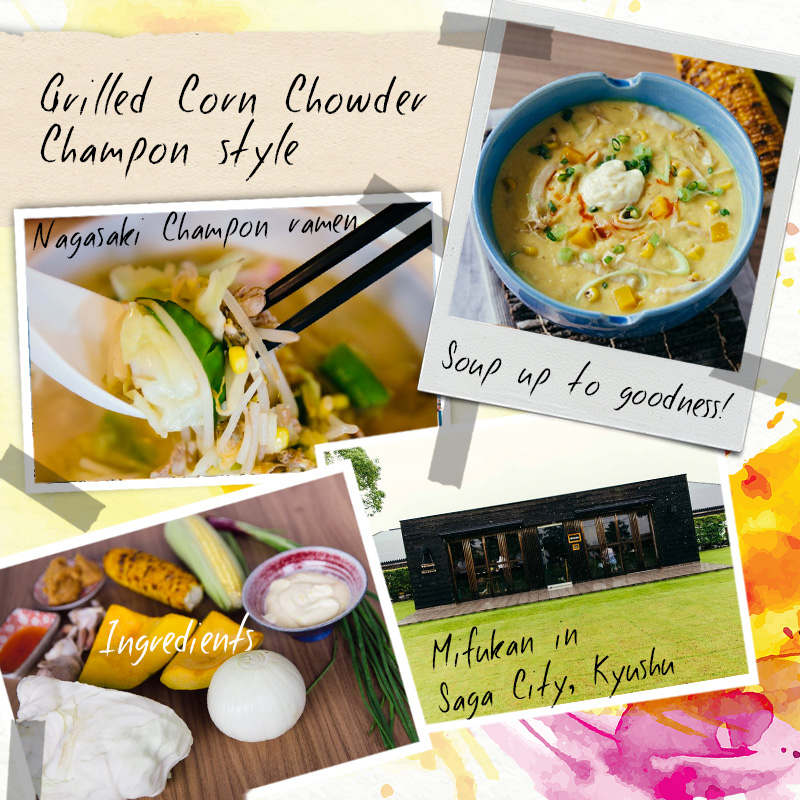 We arrived in Kyushu on a cool rainy day despite it being midsummer and the first meal we had was Nagasaki-style Champon ramen. It was especially comforting and reminded me very much of home as it almost felt like Chinese cuisine.  Champon is a Chinese-style noodle dish of pork, seasonal seafood and vegetables, all pan-fried in lard. It can be loosely translated as “random mix”. After the ingredients become tender, the mixture is added to a special broth made from chicken and pig bones. Special ramen noodles are cooked in a unique style, where they are cooked together in the same pan as the mixture. The soup varies with season and it is typically of pork or chicken bone base. A specialty of Nagasaki, Japanese tour groups in the area will inevitably stop at a champon restaurant. It was invented by a Nagasaki restaurant that was popular with Chinese students on a budget in the Meiji-era, and designed to be both economical and filling, typically piled high with ingredients. 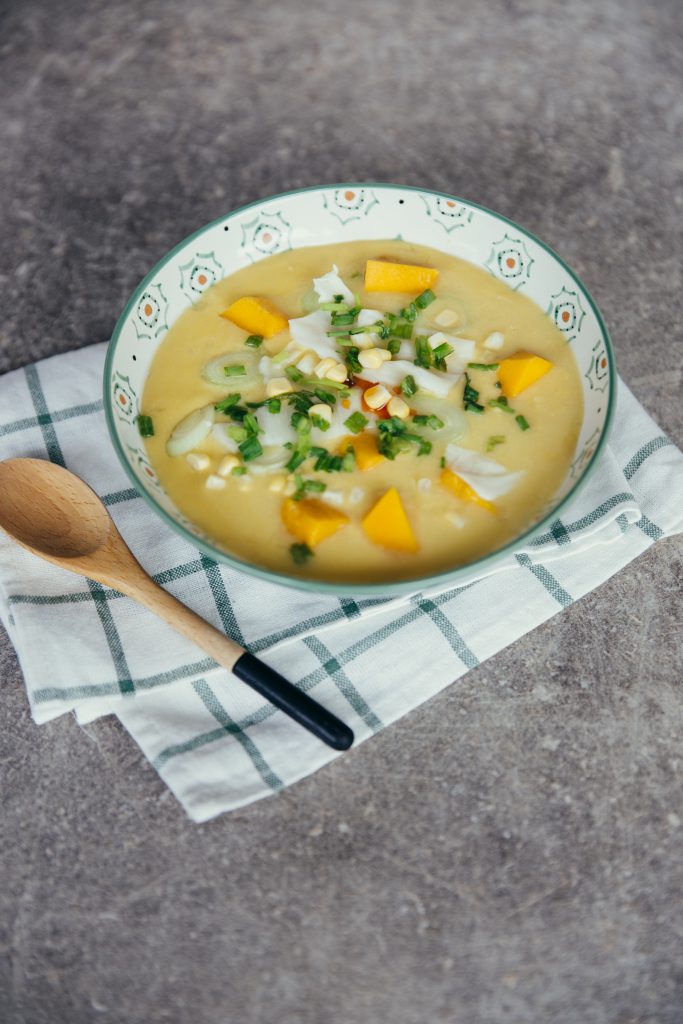 Champon is the inspiration behind our soup creation but I wanted to make it vegetarian.  Taking inspiration from corn chowder that is widely served at popular Japanese fast food chains, we decided to “Champonise” the corn chowder, grilling the corn husks to give it a smoky flavour, blending the corn kernels to a smooth texture and complementing the chowder with stir-fried cabbage and corn for texture. Enjoy it with our special garlic aioli to add an instant complexity to this smoky chowder!