According to my Japanese friends, there is a category of cooking known as ofukuro no aji (mother’s flavour) — it’s something simple, homely and evokes strong feelings of nostalgia. Nikujaga or stewed potatoes with meat is one such mainstay. Traditionally, this meat and potato dish only contains a small amount of meat which is added more for flavour than substance. It is typically simmered in a soy, mirin and sugar broth with vegetables. The finished dish, a hearty stew, is both sweet and savory and thoroughly comforting. Our visit to Daio Wasabi Farm in Nagano was an eye-opener but I was heartbroken when I found out that what we have been getting back home is the western horseradish, a cousin of the Japanese horseradish with a similar profile. 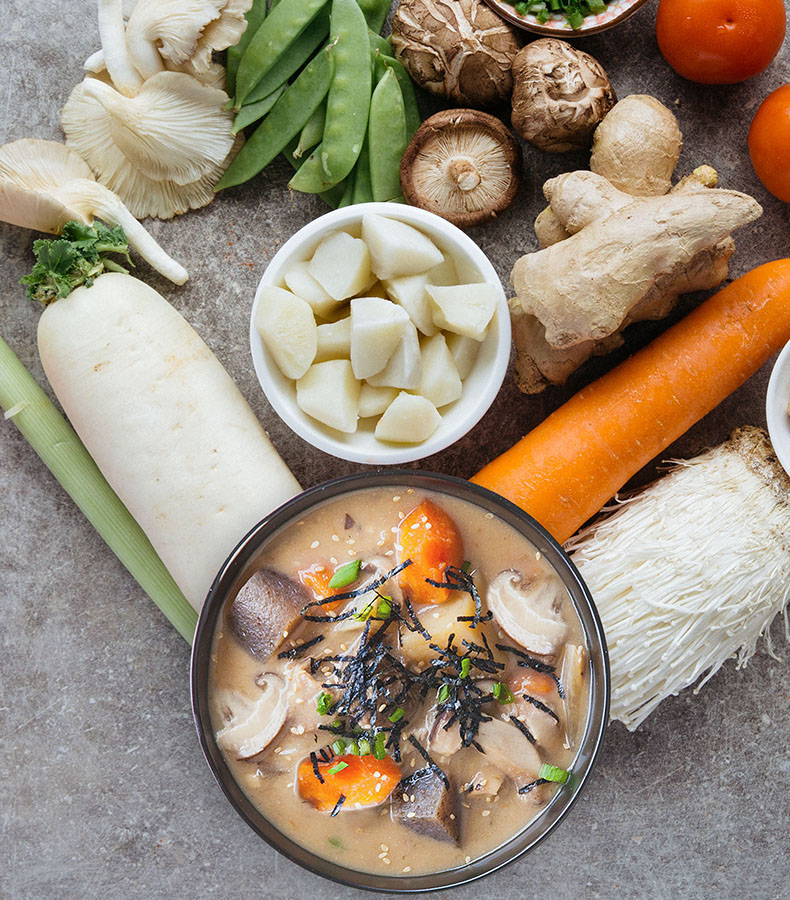 I knew then that I wanted to create a hearty Japanese beef stew with a twist, adding the wasabi element. I have used seiyo wasabi or western horseradish as I really still wanted that element of nostril-clearing fiery taste that is similar albeit less sharp than the real deal. To tame down the soup, there is a touch of cream for luxury and konnyaku for its almost zero-calorie miracle diet goodness. And of course, Quorn’s meat-free balls are perfectly at home in this stew — filling, juicy, tasty. Taste it to believe it. 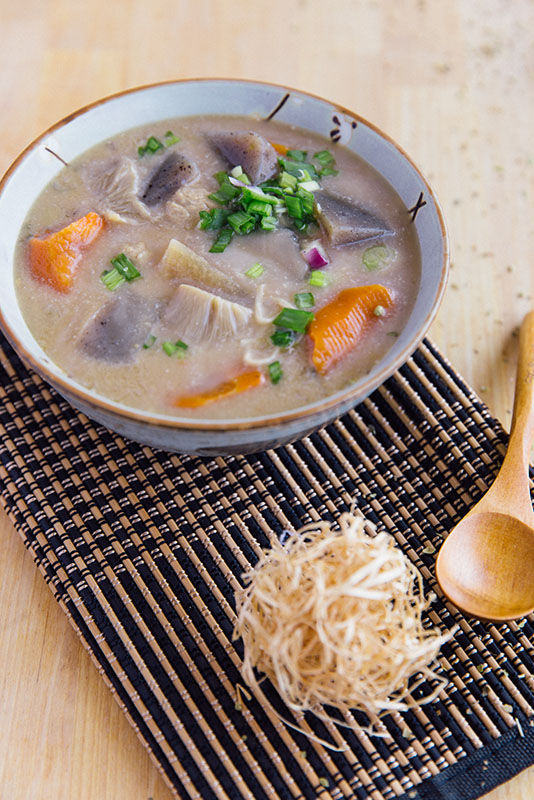