Every year, when we make this soup, we always have kind souls writing to me, informing me that we have accidentally spelled Bisque wrongly. I had to reply clarifying that our version is meant to be Bitsque, a bisque with bits. We wanted to make our bisque a little different, and not just a smooth puree and wanted it to have a little more bite and texture. We are not trying to be a smart aleck here, but it was just our way of creating our own version inspired by the original Lobster Bisque created by the legendary Julia Child.

Julia Child and Mastering the Art of  French Cooking

Bisque is a smooth, creamy, highly-seasoned soup of French origin, classically based on a strained broth (coulis) of crustaceans. It can be made from lobster, crab, shrimp or crayfish. Today, creamy soups made from roasted and puréed vegetables are sometimes called bisques (though this is, by definition, incorrect, as this would make them cream soups) It is thought the name is derived from Biscay, as in Bay of Biscay, but the crustaceans are certainly bis cuites “twice cooked” (by analogy to a biscuit) for they are first sautéed lightly in their shells, then simmered in wine and aromatic ingredients, before being strained, followed by the addition of cream. Traditionally, bisque is a complicated method of extracting every bit of flavour from imperfect crustaceans not good enough for the seafood market. In an authentic bisque, the shells are ground to a fine paste and added to thicken the soup. Julia Child even remarked, “Do not wash anything off until the soup is done because you will be using the same utensils repeatedly and you don’t want any marvelous tidbits of flavor losing themselves down the drain.”

The prawn bitsque at The Soup Spoon is inspired and adapted from Julia Child’s lobster bisque from her Mastering the Art of French Cooking Vol 2. Typically, lobster bisque or bisque in general is arduous to make, expensive to order in a restaurant and lacking in the nourishing qualities of more sturdy seafood fare. But according to Julia, consuming a finely constructed lobster bisque is an almost ethereal experience. I do sincerely hope that you love this soup and can taste the hard work and effort and the copious amounts of huge prawns used in the making of this bitsque.

We do it the traditional way. This has to be the one of the most laborious soup I have ever made but also one of the most satisfying. Because the flavour resides in the shells than in the meat, a bisque made from with prawns alone is weak and unsatisfying. I used the age old method with no short cuts and probably added in some extra steps myself to ensure I milk every drop of prawn essence there was from the shells.  This is a soup that takes a long time and a lot of hard work to make following Julia’s rigorous approach to cooking.  We had them roasted in the oven with wine and garlic and onions first to extract all the flavors first. We had to puree the shells and we have to strain them to ensure that no shells or bits of shell gets through into the soup as it would be dangerous for the customers. We then added the prawn bits into the soup so that it will not just be plain boring puree. That is why our soup is called BITSQUE: BITS and BISQUE combined. The result: A rich and blushing pastel- delicate in character but deeply intense, with an almost sweet essence and an elusive interplay of other flavours. We wanted to make sure the multiple levels of flavor and texture make themselves apparent with each spoonful, an interplay of silky feel and the tender pieces of prawn bits. 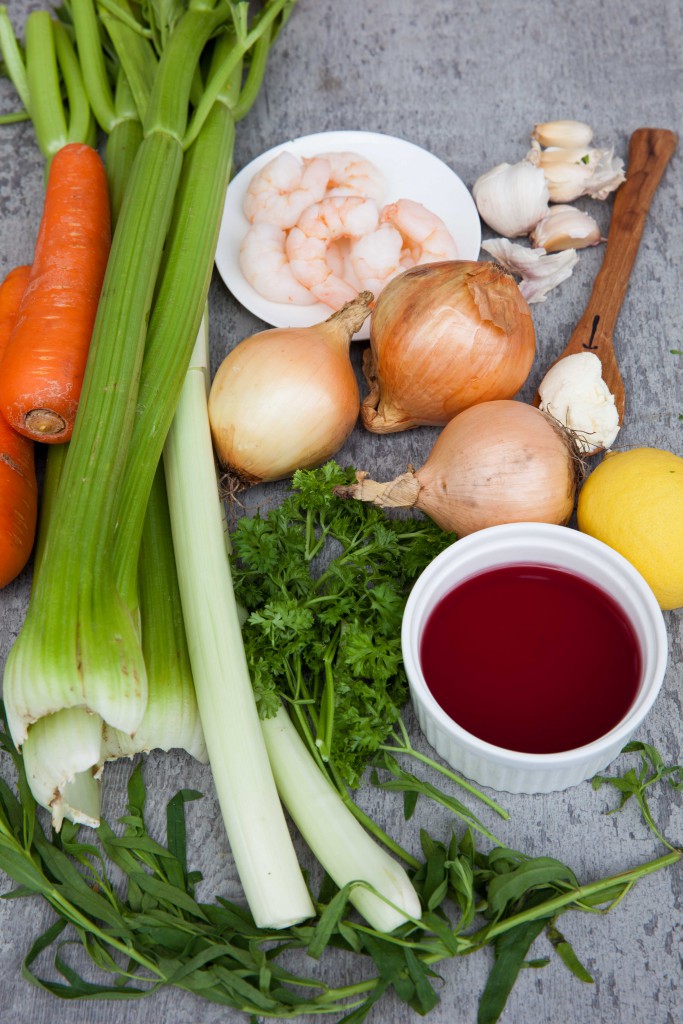 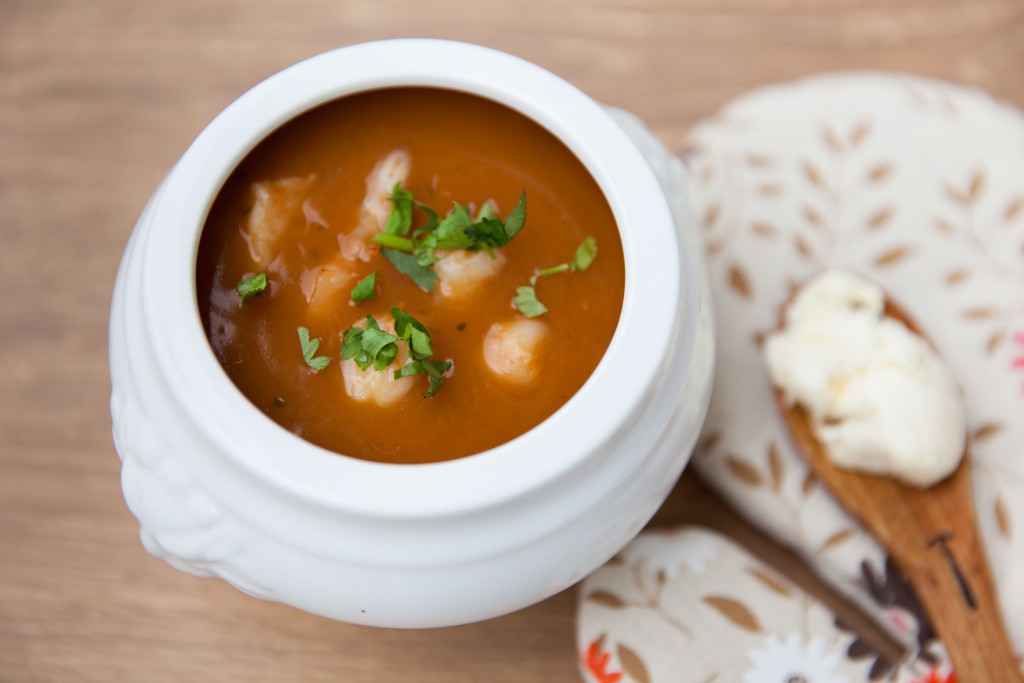