A Bowl of Chilli Con Carne and Tortilla Chips

I have received countless emails from regular customers requesting us to widen our repertoire for vegan choices. This recipe is a lovely alternative to a traditional chilli con carne,  meaning”chilli with meat”. The mention of this dish never fails to prompt a fiery debate. As far back as 1850, a recipe was found, consisting of dried beef, suet, dried chilli peppers and salt pounded together, formed into bricks and left to dry, which could then be boiled in pots on the trail. The San Antonio Chilli Stand, in operation at the 1893 Columbian Exposition in Chicago, helped popularise chilli and more Americans came to appreciate its taste. Today, chilli con carne is the official dish of the U.S. state of Texas as designated by the House Concurrent Resolution Number 18 of the 65th Texas Legislature during its regular session in 1977. Where and how the classic recipe originated is a controversial topic among various American states – although Texas, with chilli con carne (also known as chilli) as its state dish, is arguably frontrunner for the title. Even more contentious is what makes the perfect “bowl o’ red”. As the International Chilli Society says, “Never has there been anything mild about chilli”.

Chilli con carne is typically made with chilli peppers, meat (usually beef), and often tomatoes and beans. Other seasonings may include garlic, onions, and cumin. Geographic and personal tastes involve different types of meat and ingredients. Before World War II, hundreds of small, family-run chilli parlours (also known as “chilli joints”) could be found throughout Texas and other states, opened by migrants. Each establishment usually had a claim to some kind of secret recipe. Recipes provoke disputes among aficionados, some of whom insist that the word “chilli” applies only to the basic dish, without beans and tomatoes.

I am inspired to create a 100% vegan chili recipe that has all of the deep chilli flavour, textural contrast, and rib-sticking richness that the best chilli should have. Meat will not be missed in this soulful, hearty and utterly satisfying ‘everything but the kitchen sink’ vegetarian-style chilli. We made ours packed with good stuff, full of soulful flavour and hearty enough to eat as a meal. It has been loaded with roasted sweet potatoes, zucchini, tofu, beans galore simmered slowly with chillies, cumin and paprika in a smoky tomato-based soup. Served topped with sour cream, shredded cheddar cheese, chopped spring onions, tortilla chips and a squeeze of lime. Awesome! 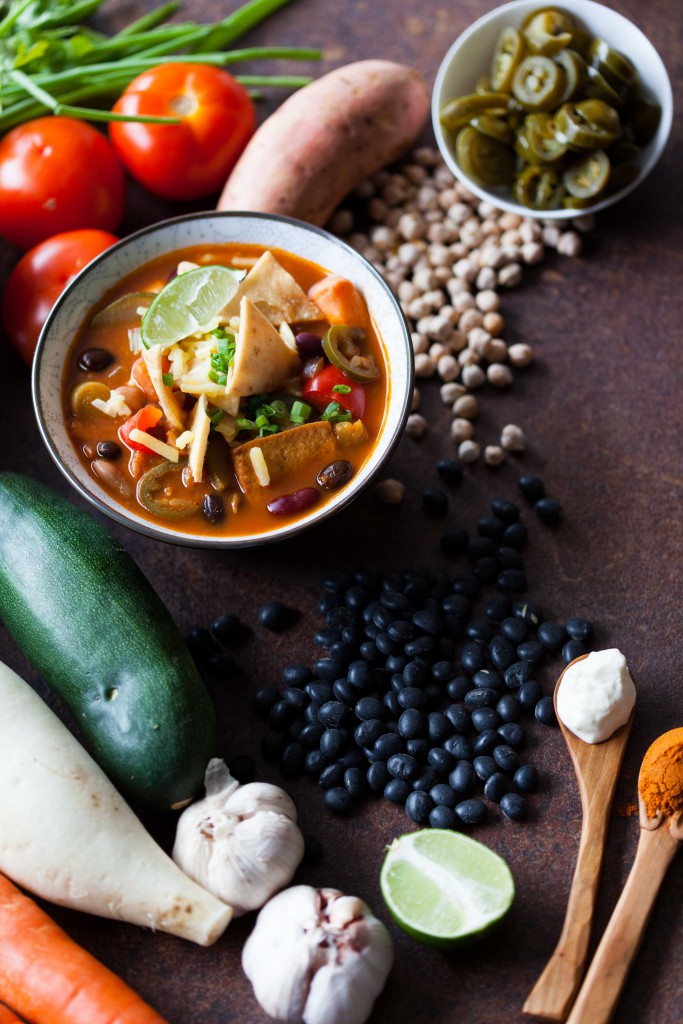 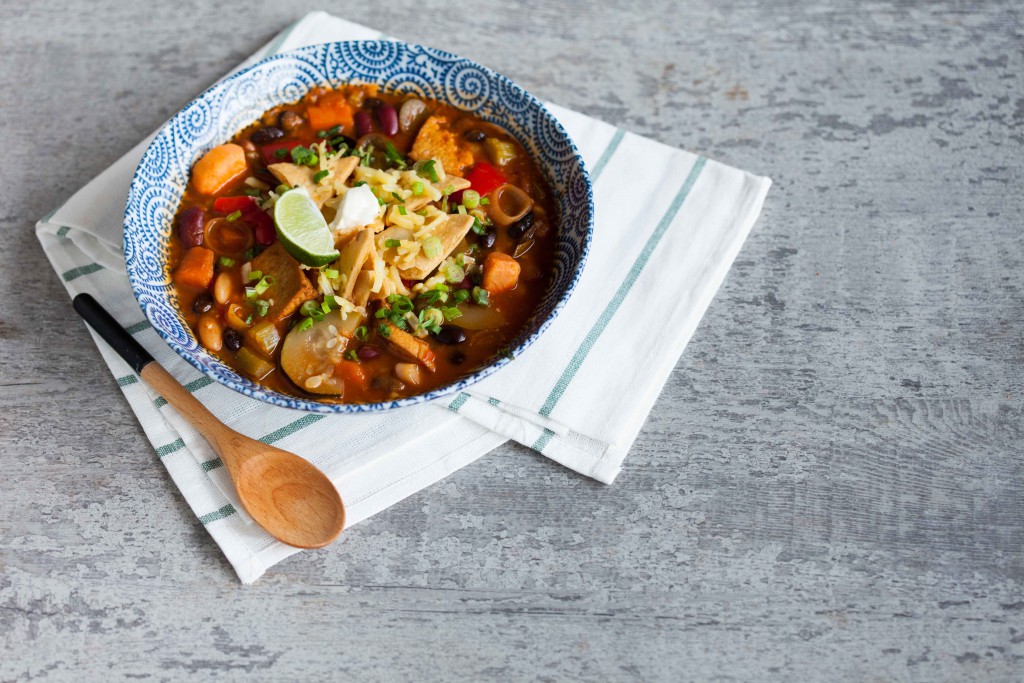