You might be familiar with the Beef Bourguignon, a beef stew cooked in red wine sauce from the region of Burgundy in France. In America, the dish was popularised in the 1950s, arguably by famed cook and author, Julia Child. And I think such an iconic dish deserves an Asian rendition, hence this SouperChef Special! 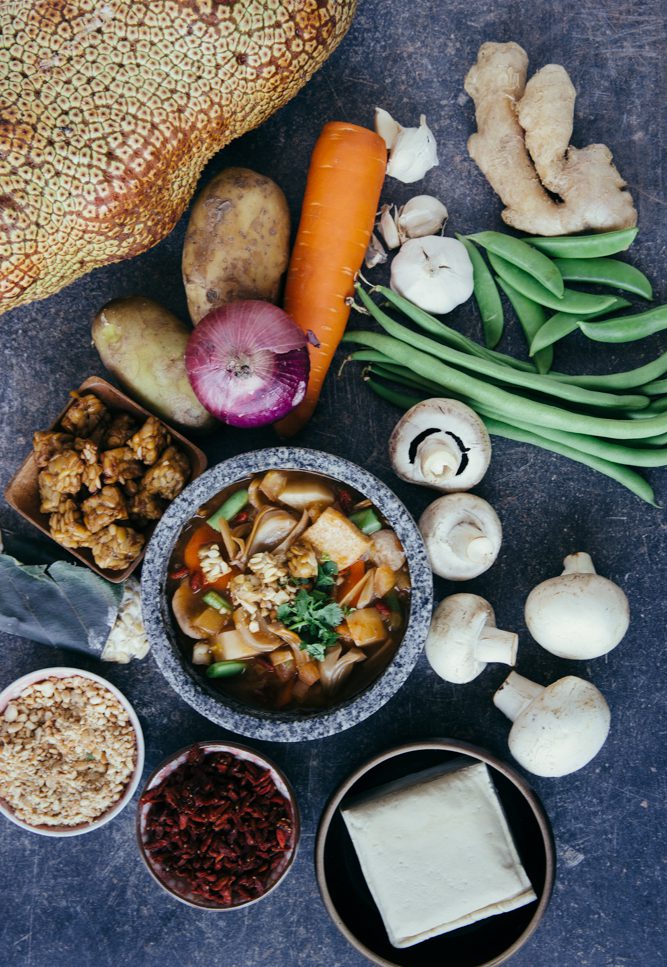 Ingredients for the Vegan Nangka Bourguignon.

We have made it vegan, using an Asian superfood that we are all well-acquainted with – the nangka or the green jackfruit! Slated to be one of the superfoods to look out for in 2017, do you know that the jackfruit contains only 95 calories per half-cup, but is nutrient-dense with potassium, vitamin B and protein? It even has the ability to imitate pulled pork and is a well-kept secret among vegan chef veterans! Taste the meaty profile in this vegan dish! Our version is also inspired by the Javanese stew from Yogyakarta, known as Yogyakarta jackfruit stew, lovingly called gudeg Jogja in Indonesia. Gudeg is traditionally slow-cooked in a claypot for hours until all the liquid and spices have been absorbed by the jackfruit, resulting in a tender, melt-in-your-mouth dish. We are upping the nutritional credentials of this SouperChef Special with goji berries, so tuck in with full assurance of the goodness you are feeding your body!

Vegan Nangka Bourguignon – be pleasantly surprised by the texture of the jackfruit!

The word nangka may not sound familiar, but this is simply the other name for jackfruit! Yes that enormous, prickly fruit you sometimes see wrapped around in plastic bags on trees to prevent birds from preying on the flesh!

This, the jackfruit we all know!

While jackfruit grows so widely and wildly in Asia, it is heralded as one of the more enigmatic foods in other parts of the world. Over time, food researchers and cultivators are recognising the jackfruit as a highly versatile crop. Besides the young green jackfruit that we are using in this SouperChef Special, ripe jackfruits have a certain allure as a sweet fruit to enjoy on its own, and the jackfruit seeds are growing in their significance in the culinary world. 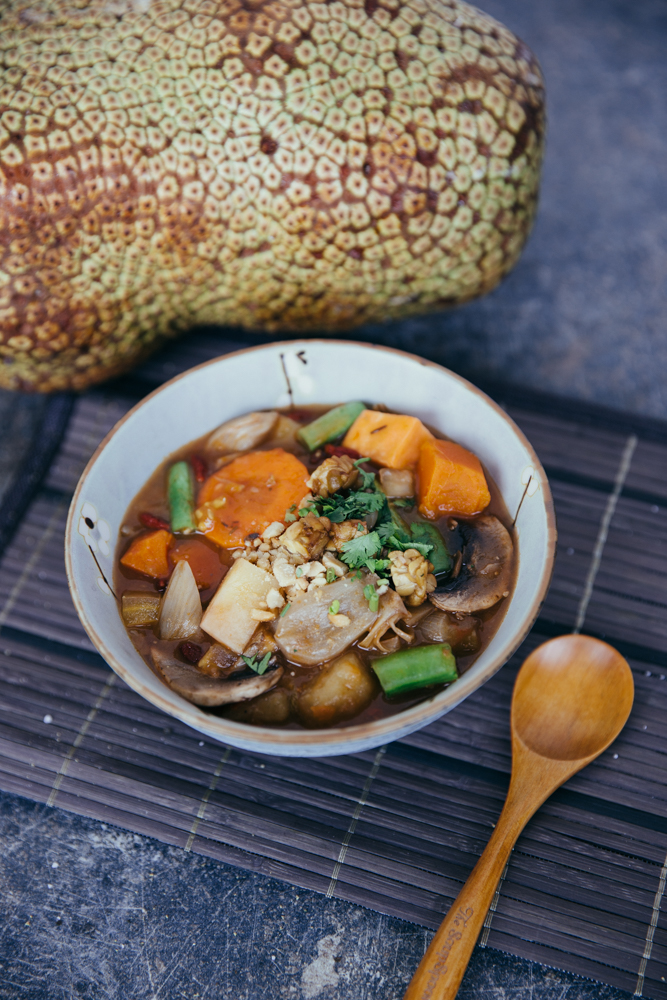 Native to South and Southeast Asia (YAY!), this largest tree-borne fruit in the world is rich in vitamin C itself, while the hundreds of yellow fruit bulbs inside contain seeds that are dense in nutrients like potassium, calcium, protein and iron. Quite the souperfood that rises above the common starchy staples! It is also high in calories, which makes it an excellent ingredient to incorporate in dishes. Watch out for it in 2017!