“ The day has the colour and the sound of winter. Thoughts turn to chowder. So agreeable the word of those who know chowder’s charm. Chowder breathes reassurance.” These were the words of Clementine Paddleford, an American food journalist for an article titled “Chowders make a meal” in New York Herald Tribune. Indeed, a comfort meal for most Americans and shall I say for the well travelled cosmopolitan Singaporeans too.

Clam chowder has been on our menu since day 1 of the inception of The Soup Spoon, and indeed it holds a special place in my heart and in the hearts of many of our customers. In our early days, I would never forget some of the encouragement from our customers, their anecdotal accounts of how it reminded them of their holidays in the States and some who have told me it reminded them of home. One particular comment that I will never forget was from a jovial boy of perhaps 10 or 11 years old, telling me it was the best clam chowder he ever had. It was comfort food for many and it probably accompanied many during rainy days over the last 15 years. Recently, we made a decision to take it off the menu as a permanent, as we wanted to introduce a new stew that had a huge fan base. I received many emails from fans of Clam Chowder. I feel very touched and have decided to bring it back as Christmas souperinspiration.

Clam chowder may have originated in the caldrons of coastal France and migrated to kitchens across the English Channel in Cornwall. But it grew up in the Plymouth Colony and is one of America’s first recipes, a stew of fish or shellfish flavored and thickened with salt pork, biscuits and the odd potato found on the British ships.

Today, there are many versions of clam chowder recipes across America from coastal Maine’s milky broth, to the hollowed sourdough breadbowls of San Francisco to the tomato version of Manhattan. According to Wiki, New England clam chowder is a milk or cream-based chowder, and is traditionally of a thicker consistency than other regional styles, commonly made with potatoes, onion, and clams. The most fascinating fact I read was the passing of a 1939 bill  in Maine making tomatoes in clam chowder illegal. It is occasionally referred to as Boston Clam Chowder in the Midwest hence the inspiration of our version. This version of chowder is usually accompanied with oyster crackers and these crackers may be crushed and mixed into the soup for thickener, or used as a garnish.

Our version is inspired by the Mid West, a cream based chowder thickened with butter roux, potatoes, razor clams and celery . Traditionally, bacon plays an important role in most all chowder recipes. This time round, we have made ours pork free with the omission of pork bacon in our new version opting to use smoked chicken ham and topping it with vegetarian bacon bits for a touch of extra smokiness. 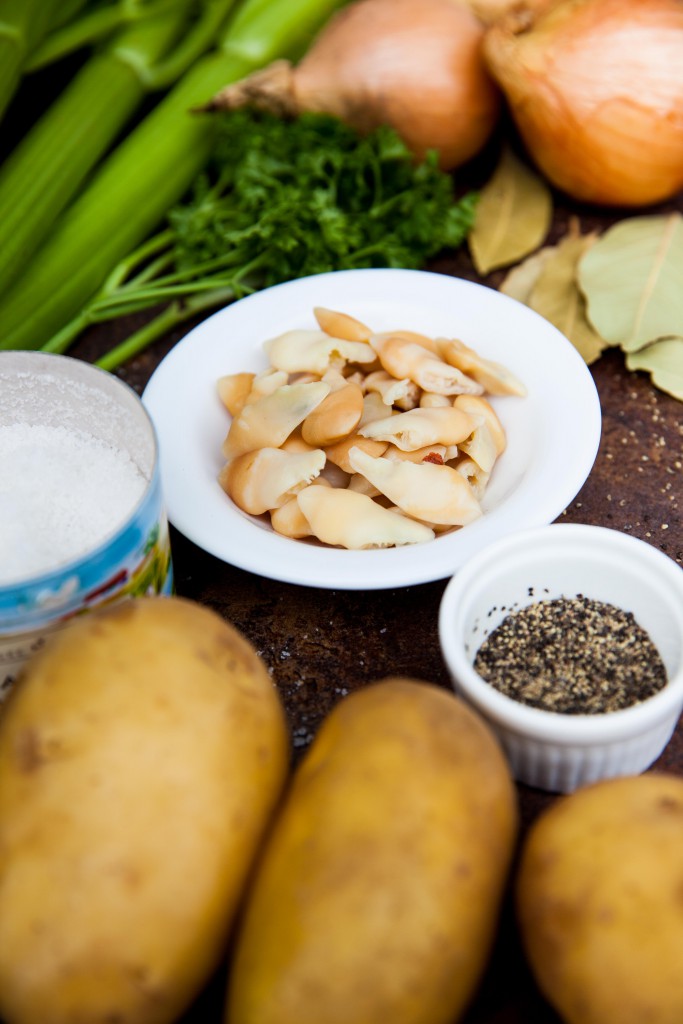 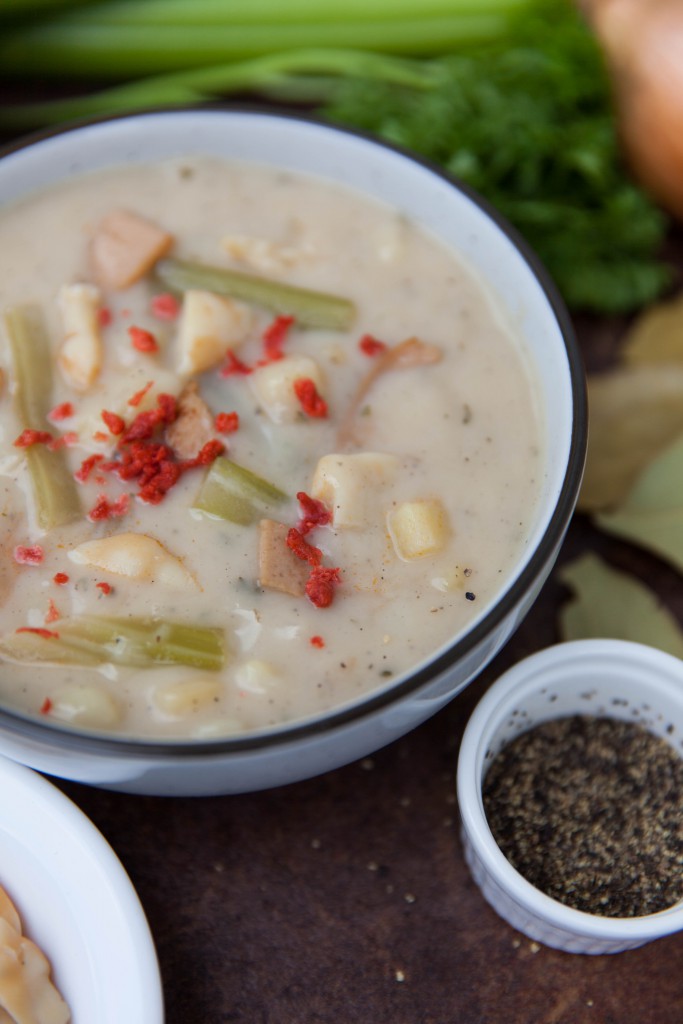