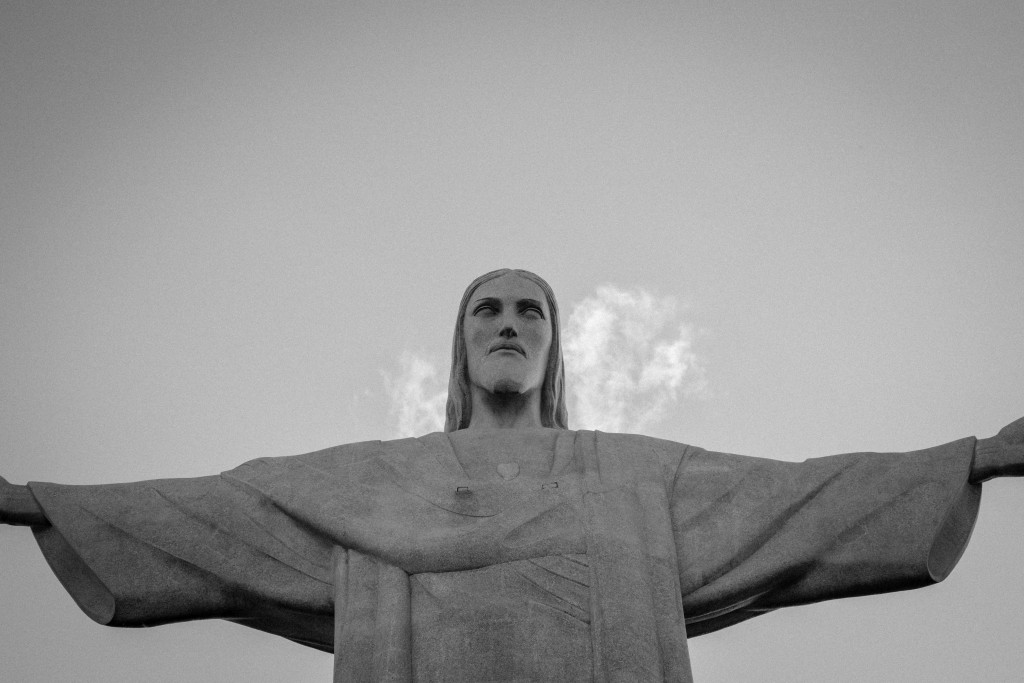 The iconic Christ the Redeemer towering over Rio, protecting the city and embracing all mankind with open arms.

Rio de Janeiro is one of the most visited cities in the southern hemisphere. It’s not hard to believe. It is famous for Carnival, samba, Copacabana and Ipanema beaches and the giant statue of Christ the Redeemer. It is a vibrant city bursting with culture and its gastronomy is as famous as its football, reflecting the country’s rich history through the unique dishes formed from the Native Indians, European, Middle Eastern and African origins. Our host for this leg of the trip was Flavia, a petite girl of Lebanese descendancy. 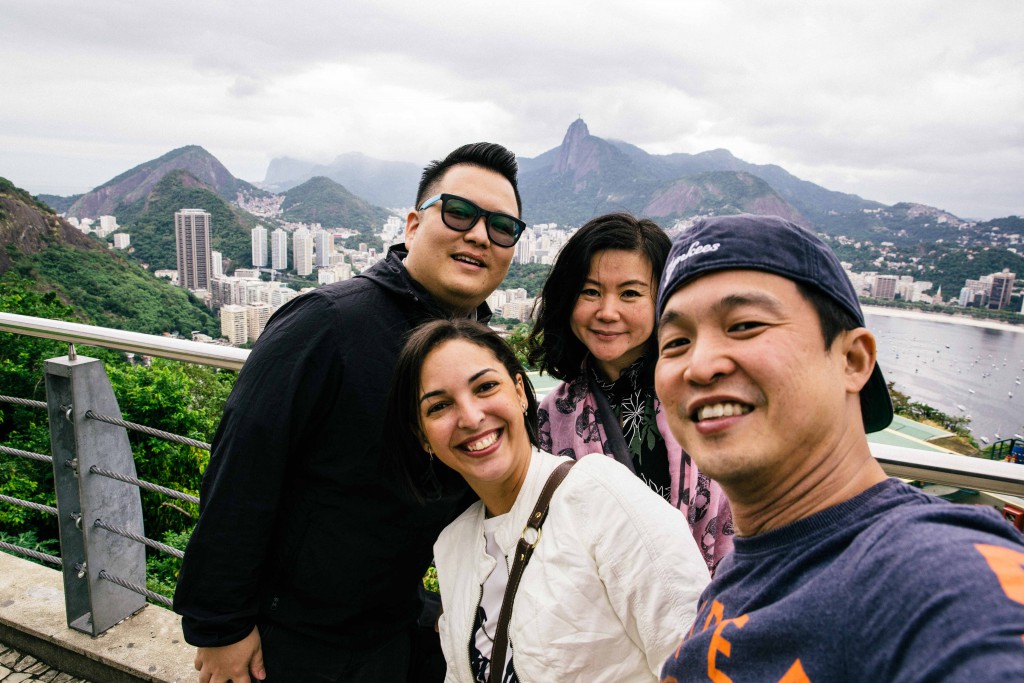 Flavia, our BRF host for the Rio leg of the trip is a petite Carioca of Lebanese descendancy, who loves her Coke and beef! She grew up eating lots of rice and beans like most Brazilians.

For a brief period in the 19th century, Rio was the capital of the entire Portuguese empire. So it’s only natural that many dishes that come from Portugal are now considered part of Carioca cuisine. One example is that the Cariocas inherited a love of Bacalhau (salt cod) from the Portuguese. 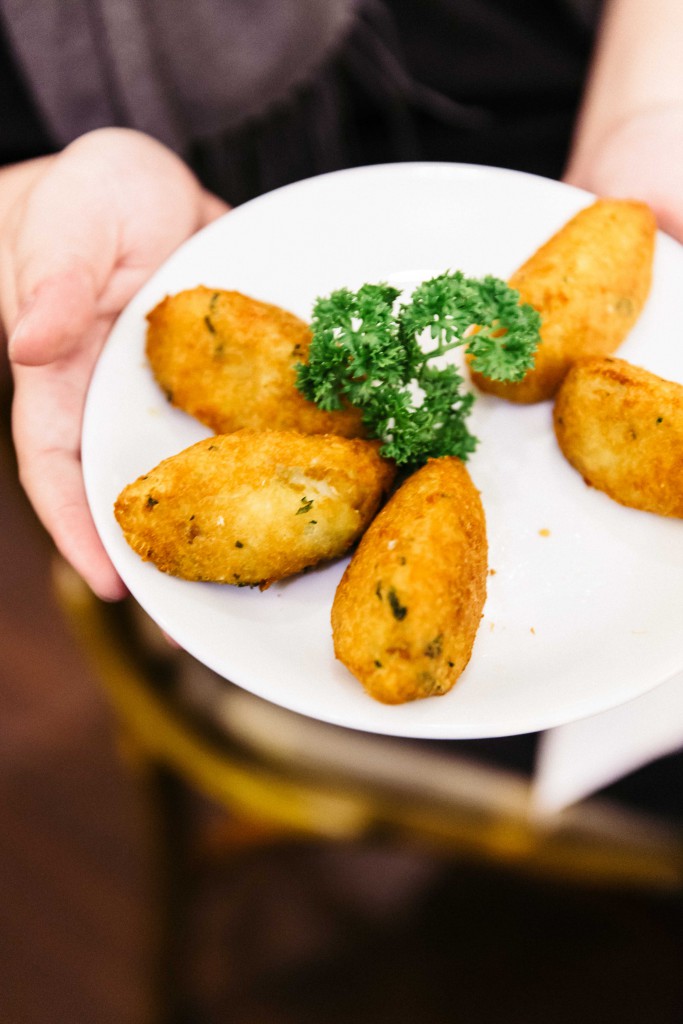 Salt Cod Fritters: Pasteis De Bacalhau are typical Portuguese and is enjoyed by the Cariocas

The cuisine of the region piggybacks on the beloved traditions of Portuguese cooking. Portuguese restaurants are many and popular in Rio, serving in-demand traditional dishes like bolinhos de bacalhau (fried cod cakes), caldo verde (a soup made from potatoes and collards), and bacalhau à gomes de sá (salt cod and potatoes).

A typical Bacalhau dish with eggs , peppers and potatoes 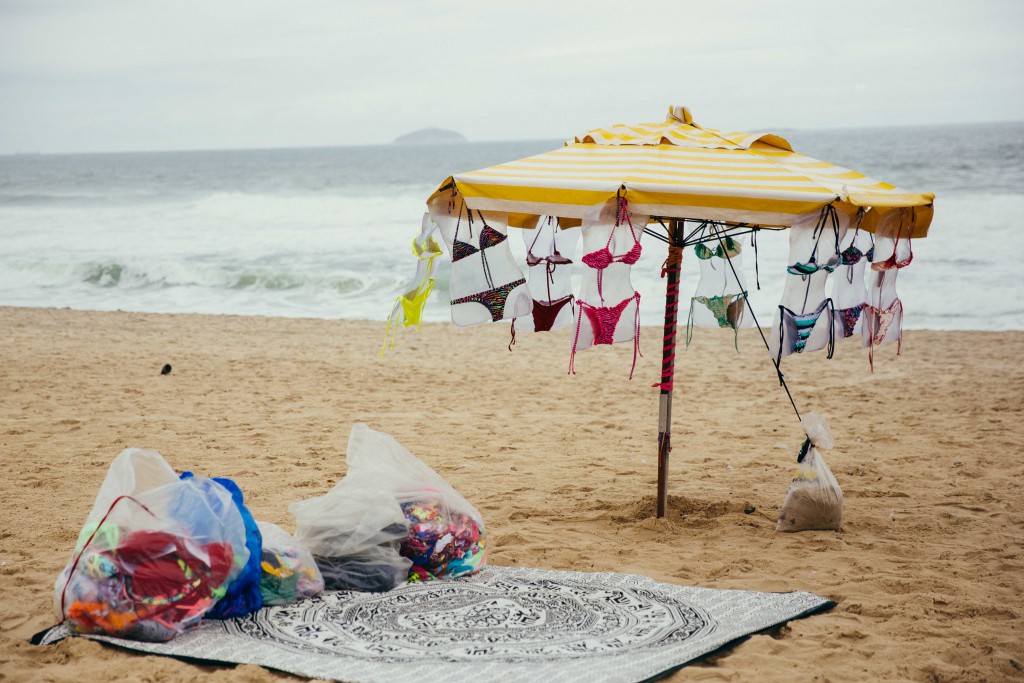 Ipanema Beach: Our days in Rio were chilly and all that was on the beach were bikinis sans babes.

Our visit to Rio was marked by cool wet weather. The beach was empty and so what did we do? We eat! The cool weather made me yearn for a hot bowl of soup here in Rio. And that was exactly my host ordered , a caldo verde. The caldo verde we had was made with potatoes, collard greens or cova and smoked sausages and IT WAS AMAZING! The Portuguese influence here is very strong and this is a staple served in many of the restaurants. And while in Rio, I had this soup twice in the 3 days I was there.

Caldo Verde and its Portuguese roots

One of Portugal’s most well-known traditional dishes is a hearty, rich and warming soup called caldo verde, which simply means green broth. Although this soup is originally from Northern Portugal’s Minho region, it became a popular dish throughout all Portugal and Brazil, which was once a colony of Portugal, and for a while during the Napoleonic Wars, was even its imperial capital and the home of the royal family.  This was the traditional and staple food for poor people, the only thing they could afford. It’s a very simple soup with very few ingredients; Couve Portuguesa (a very typical Portuguese cabbage), potatoes, onion and olive oil. Traditionally this soup has a couple of slices of chorizo, for the flavor, since people couldn’t afford to buy much meat. Caldo verde used to be cooked on the fireplace in big metal pots, at every northern Portuguese home. There was no electricity back then, so the fireplaces had a double functionality of warming up the house and as a cooking tool. On a cold, damp day on Portugal’s shores, or in one of its charming mountain villages, a large bowl of caldo verde accompanied by thick slices from a rustic loaf of bread fills the body and sustains the soul like nothing else. COMFORT FOOD!

It was said that peasant cooking is looking at what you have and simply sensing how you can put it all into a pot to feed your family. You don’t need a recipe for that, but you do need a sense of food. A caldo verde is a perfect example. It’s a very simple soup with very few ingredients; Couve Portuguesa (a very typical Portuguese cabbage), potatoes, onion and olive oil. Traditionally this soup has a couple of slices of chorizo, for the flavor, since people couldn’t afford to buy much meat. The green in caldo verdo comes from collard greens and sometimes kale, a member of the cabbage family. To this, the linguisa sausages were added as a garnish at the end. We will make ours a vegetarian creamy version with lots of garlic, collard greens, kale, hearts of palm and thickened with potatoes. According to many sources of nutritional information kale has good claim to being the world’s most nutritious food – low in calories, with no fat, and packed full of vitamins, calcium and has powerful antioxidant properties. SOUPER! 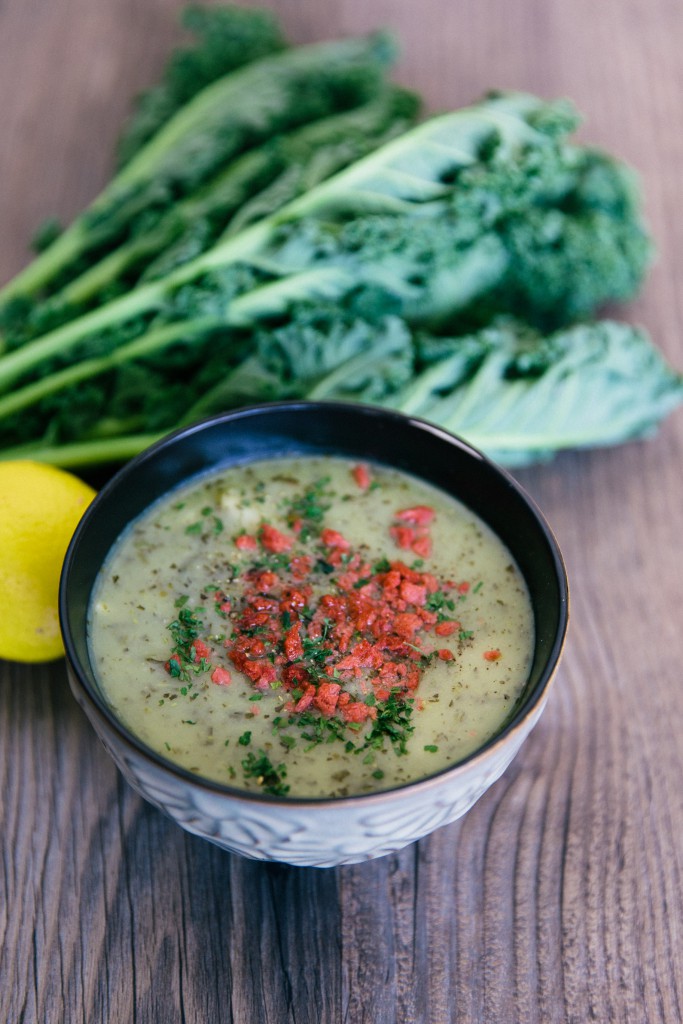