Growing up in a big family of competent home cooks and humble restaurants chefs meant that I spent a great deal of my childhood in the kitchen and out in the backyard growing ingredients. We have pretty green fingers! Lime and star fruit trees lined the yard, interspersed with pineapple, papaya, mango and coconut trees. I call it a backyard, but really, it’s more like an orchard, only tinier! If home had a smell, it would have to be that sweet mix of fruits and leaves, brown earth and golden sun.

Come Chinese New Year, my grandmother would catch one of the chickens she reared, slaughter it, and the children would gather to pluck off the feathers off the fowl. My two kids still go ‘ewwwww’ when they hear this story, but looking back, it really wasn’t a chore for us. It was a ritual we had come to enjoy as a family, especially in eager anticipation of the chicken rice that was going to be served! Chicken rice was a luxury to all of us back then, cooked only during festive celebrations. Seeing how common and affordable this dish is currently, especially in Singapore, I do feel that bittersweet tug at my heart.

To complement the chicken rice, my family would also cook chap chye, a vegetarian dish common to quite a number of Chinese ethnic groups. This dish is that important connector to my childhood and heritage. It tells the story of how humble dishes can still feed families sufficiently in harsher times, and this dish epitomises the frugality of traditional Asian cooking, where nothing goes wasted.

There are as many versions of chap chye as there are families! Essentially a chopsuey of sorts, it calls for quite a number of ingredients and in better days, it may include prawns, dried or fresh, pork belly, roast pork or even fish maw. Peranakans have their own version with the addition of taucheo or fermented soybeans, and the Hainanese version called for Nam Yee, another form of preserved beancurd. My family’s version combined both the above!

There is nothing like this dish to remind me of home. So I thought it befitting to create a Souper Inspirations of chap chye that represents my mish mash of homes – home in Brunei and now home in Singapore. This is my vegan version with two types of cabbages, a whole array of vegetables and mushrooms, and finished with vermicelli.

I hope this dish fills you up beautifully, not just with nutrients, but also with stories. 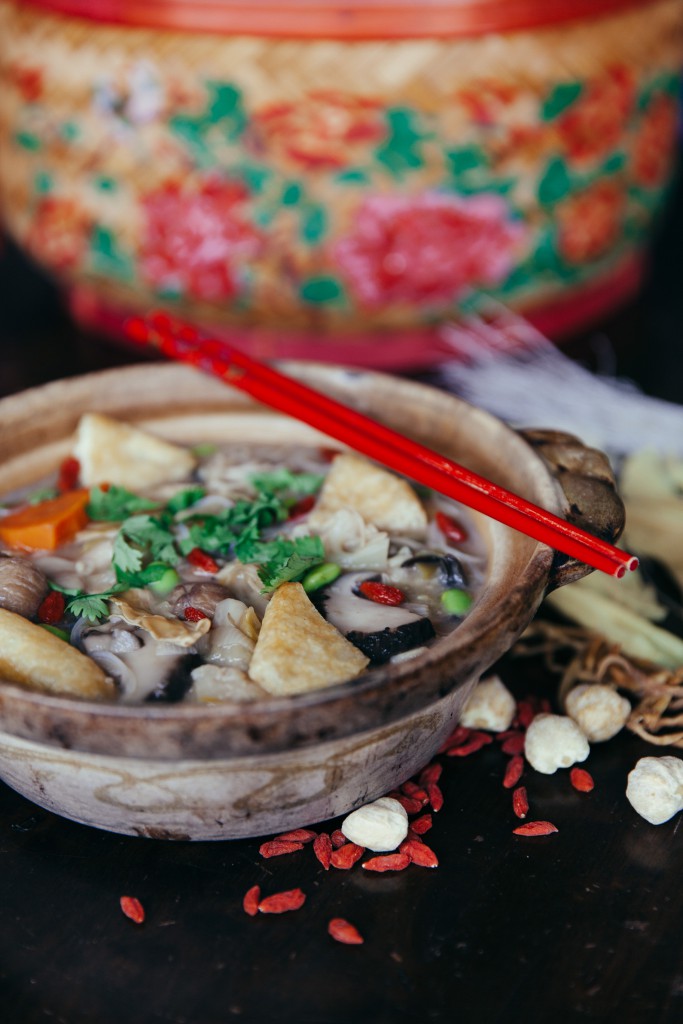 An illustration of ingredients used for vegan chap chye stew 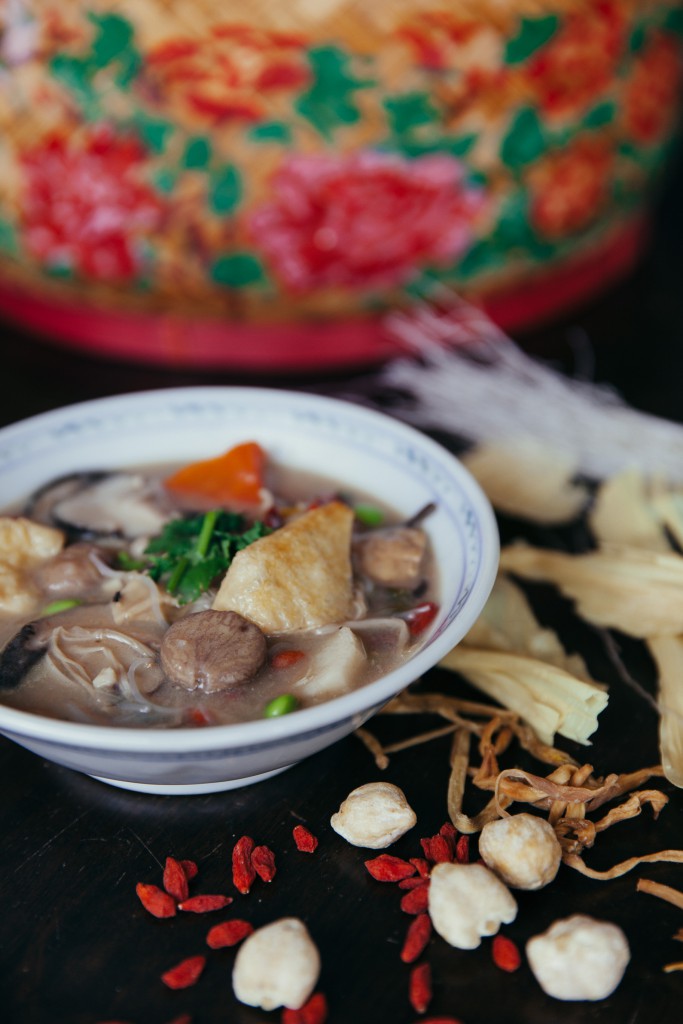