Tteokguk is a traditional Korean dish eaten during the celebration of the Korean New Year. The dish consists of the broth/soup (guk) with thinly sliced rice cakes (tteok – it can be called a kind of rice pasta). It is tradition to eat tteokguk on New Year’s Day because it is believed to grant the consumer good luck for the year and gain a year of age. It is usually garnished with thin julienned cooked eggs, marinated meat, and gim.

According to my research from Wiki, the origin of eating tteokguk on New Year’s Day is unknown. However, tteokguk is mentioned in the 19th century book of customs Dongguksesigi (동국세시기, 東國歲時記) as being made with beef or pheasant used as the main ingredient for the broth, and pepper added as seasoning. The book also mentions the custom of having a bowl of tteokguk in the morning of New Year’s Day to get a year older, and the custom of saying “How many bowls of tteokguk have you eaten?” to ask a person’s age. In the book The Customs of Joseon written in 1946 by historian Choe Nam-seon, the New Year custom of eating tteokguk is speculated as being originated from ancient times.

The whiteness of the soup symbolizes a clean, fresh start to the new year, and the disc-shaped rice cakes looking like coins symbolizing a wish for upcoming prosperity for anyone who eats them. In Korea, on Lunar New Year’s Day, a family performs ancestral rites by serving tteokguk to their ancestors during a joint meal. Although tteokguk is traditionally a seasonal dish, it is now eaten at all times of the year because it’s delicious and easy to make! It’s a one bowl meal. The real key to this soup is i making a clear, delicious broth, which takes some care and attention to do.

Tteokguk is one my of daughter’s favourite soups at home. She loves the chewy tteok (rice cakes) cooked with oxtail and finished off with beef slices and carrots. Here, I have decided to make a vegan version inspired by the original beef version and combined with doenjang (miso paste) to make a tteokguk X soondubu jjigae which is one of my favourite Korean stews. It is very much a family affair to come together to make the tteok from scratch and kids would have to eat it if they want to grow one year in age. It is really amazing that we are all so similar in our cultures and traditions. In the New Year, the Koreans will go back to their hometown to pay their respects to their parents and a time when children will receive blessings from their elders. It is also well known that eating tteokguk would bring good luck and fortune too so this is my wish that all who eats this soup in our Chinese Lunar New Year, would have good luck and may all your heart’s desires be granted. 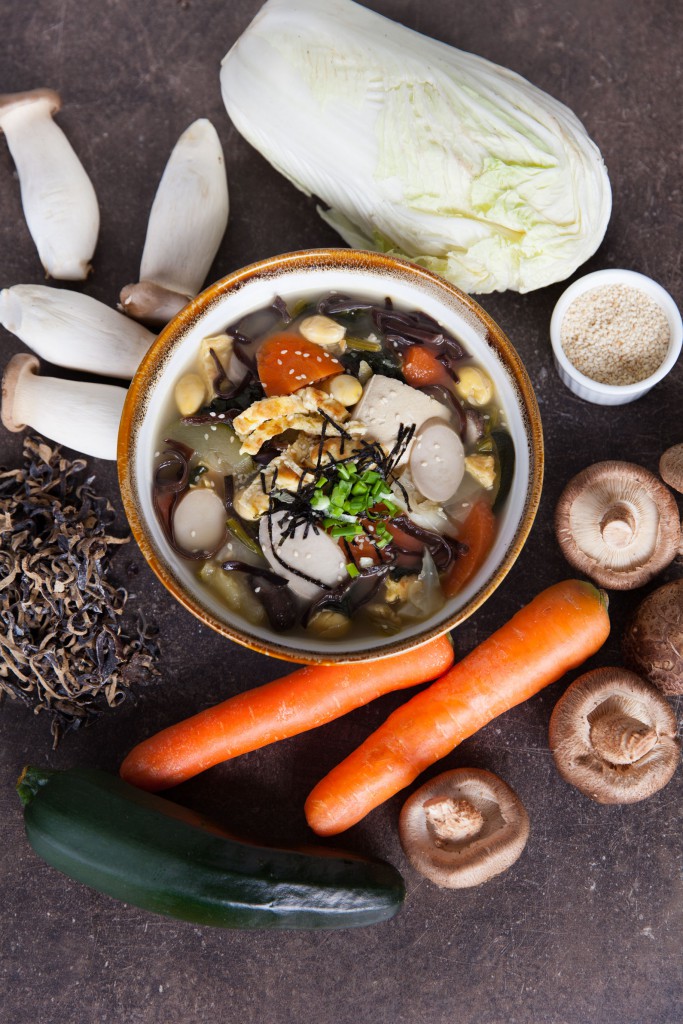