* This is a sponsored post featuring our partner, Diners World Travel, for TSSTakeMeToJapan. All opinions and thoughts expressed are our own.

As September gives way to October, Japan transits from the sultry summer buzz to charming fall reprieve. Koyo or fall foliage in Japan is a spectacular sight, and notably a key reason for the start of the peak travel season. Amidst the autumn splendour of sprawling reds, browns and oranges, October in Japan is also peppered with popular festivals, events and celebrations. Let’s hit the road this October with Diners World Travel’s top three highlights!

An exuberant celebration of Nagasaki’s rich cultural history, the annual Nagasaki Kunchi Festival is held over three days from October 7 to 9. Since the festival’s inception in 1634, it has drawn active participation from Nagasaki’s 59 neighbourhoods and attracted crowds from all over the world.

The festival showcases different aspects of Chinese and Dutch cultures, which have significantly shaped Nagasaki. The highlights of the festivals are the dance and show performances by the city districts. Each year, about 8 or 9 districts perform in the festival, and each district takes turns to perform her unique dance only once every seven years, so even regular visitors to the festival continue to be surprised and charmed. You can look forward to traditional Japanese dances with Chinese and European influences that involve grand props or floats that are paraded round the city throughout the three days. You can even follow the floats as they make their stops and visits at supporting shops and households. Think Singapore’s Chingay Parade, the extended version! 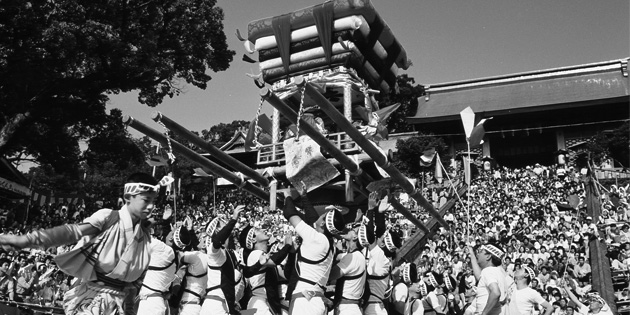 The grand floats and festivities at the Nagasaki Kunchi Festival.

The popularity of the festival means that paid seating is typically snapped up weeks before the event, and if you want to get a good spot to catch a clearer glimpse of the performances, do plan ahead and arrive early on the festival days. It’s certainly helpful to get Diners World Travel to assist with the purchasing of tickets, or if you prefer to watch the performances free standing, their 5D4N Around Kyushu Special Excursion Package is well-timed with a Nagasaki stop for you to experience this renowned festival. Juice up your camera batteries for this – you’ll need plenty to capture the festivities! 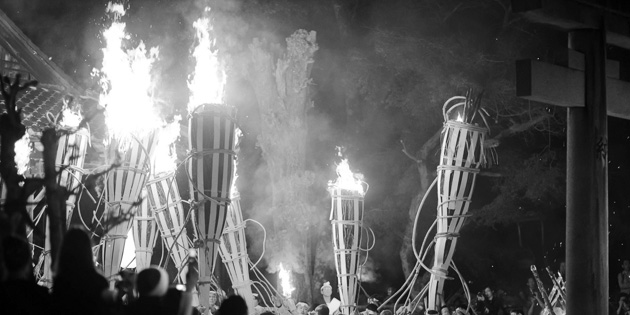 You can’t miss this chance to see the evening sky set ablaze with a burning parade of more than 250 pine torches! Reputed as one of the three most remarkable festivals in Kyoto, the Kurama Fire Festival is said to reenact the scene of receiving the enshrined deity in Kurama. Legend has it that the ancient capital Heian, now known as Kyoto, was not only under threat by constant clan wars, but also suffered a massive earthquake. To protect Heian from further demage and disasters, the Emperor decided to transfer Yuki Myojin that safeguards the imperial court, from its sanctuary to Kurama in north of Kyoto. To the Japanese, the north was regarded as the gate for evil spirits.

At exactly 6pm on the 22nd evening of October every year, watch fires are ignited in front of the houses to facilitate the passage of the deities, and children and adults hold small and large pine torches while shouting to announce the arrival of the festival and to wish everyone a good festival. Festivities end in clouds of smoke and high spirits as the crowd gathers and later disperses in the precincts of the sacred shrine. Festival-goers can expect a fiery night of immersion into the unique culture of this area of Japan, an experience unlike any others!

Diners World Travel’s 4D3N Osaka Special Excursion Package takes you to the heart of the festival with the Japan Rail (JR) Pass. Travelling to Kyoto from Osaka takes about 30 min to less than an hour with this pass, and you could be experiencing the eccentricities of the Kurama Fire Festival in the evening right after a relaxing Osaka Afternoon Walking Tour in the day. A well-planned itinerary gets you primed for every grand event, with adequate rest in between!

Halloween probably needs no further introduction, but Halloween in the Shibuya district of Tokyo is quite something! While the Western traditions of trick-or-treat are still relatively new and less well-received in Japan, the popularity of dressing up on this day has caught on wildly and Shibuya transforms into Halloween central in Japan every year!

Just do a quick Google image search and you can see the creativity of the Japanese in all her Halloween glory. The cute, the creepy, the sweet, the heinous – this already impressive street comes alive with some of the best make-ups and costumes you will ever see. Book Diners World Travel’s 4D3N Tokyo Free and Easy Package by Japan Airlines and spend the evening taking wefies with your favourite Halloween characters in Shibuya! Actually, scratch that. If you are up for it, it will be so much more fun to grab a costume or two and soak in the Halloween festivities with the Japanese!

October not only marks the passing of a season, it’s also a beautiful month that seeks to remember the different cultural facets that Japan has come to embrace. Contact Diners World Travel now for an unforgettable October in the land of Japan. Check out their Japan Specials HERE!